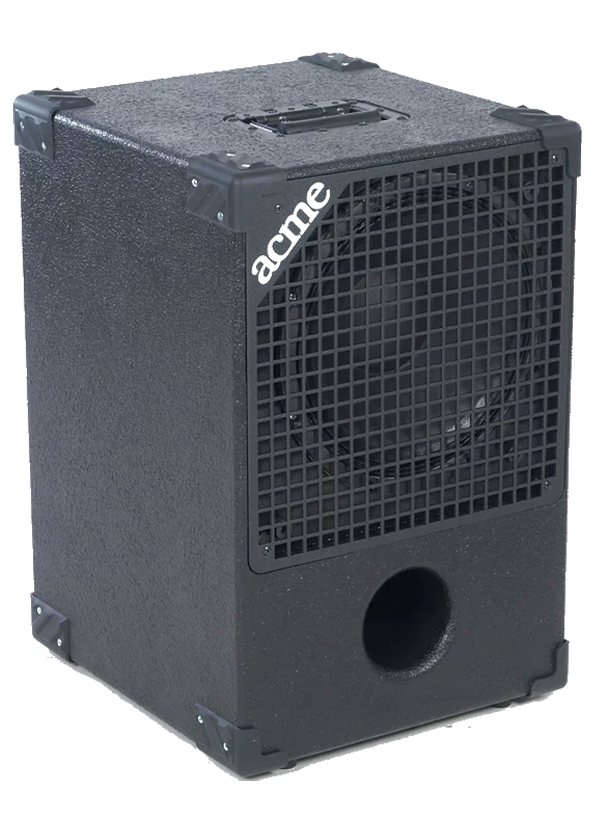 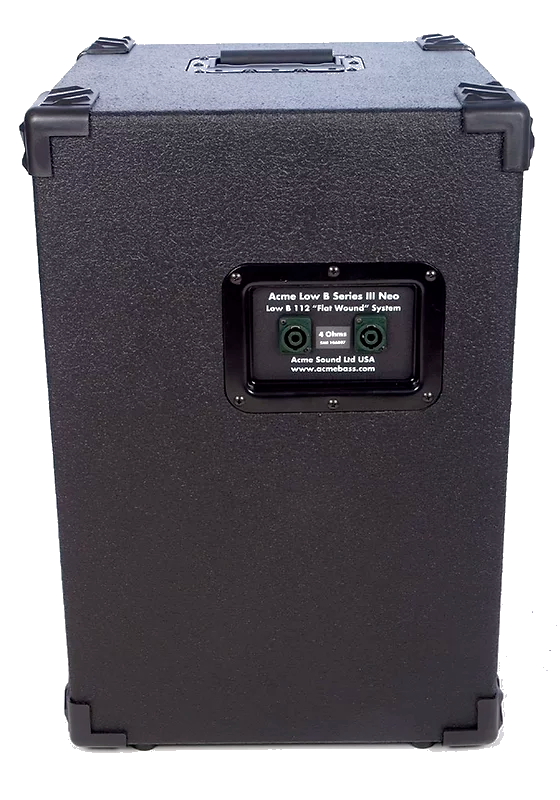 The Acme Low B-112 “Flat Wound” System is the purest representation of the promise of neodymium technology available today.

It is a stand-alone, singular testament to the capability of a neo based loudspeaker to emulate the performance of classic ferrite systems generally, and to match the extended low-bass capabilities of existing Acme Low B models, specifically. There is no other loudspeaker of its kind available anywhere.

​The Acme Low B-112 “Flat Wound” System is a compact, lightweight, high performance, limited-range loudspeaker which achieves superior low-end extension and transient response by manipulating the Thiele-Small parameters in order to optimize those qualities for the first time ever in a neodymium woofer. The bottom end of this 10” unit is essentially identical to that of the Acme Low B-2 but in a package weighing about 12 lbs. less.

The Acme Low B-112 “Flat Wound” System is a one-way system, with no tweeter, and no crossover. The 12” Eminence drive unit is utterly unique, and in combination with a precisely executed classic bass reflex enclosure, the loudspeaker has the full low-end capability of the traditional Acme Low B systems, but with lighter weight.​

This loudspeaker is referred to as a “Flat Wound” system because its top end reflects the character of a bass guitar using flat wound strings. While our traditional Low B models have an extended top end, much as a hi-fi speaker or studio monitor, this so-called “Flat Wound” system has a top end which rolls off at roughly 4 kHz.

I see it as a statement. It is simplicity itself. It is the most parameter-optimized and perfectly-executed example of the most conservative of designs, distilled to an essence. The sheer purity of the “Flat Wound” system shows the philosophy at work in a way no other loudspeaker does and attempts to respect the purity of the classic American bass guitar which made us notice that there was a place for this simple loudspeaker.

Hit enter to search or ESC to close